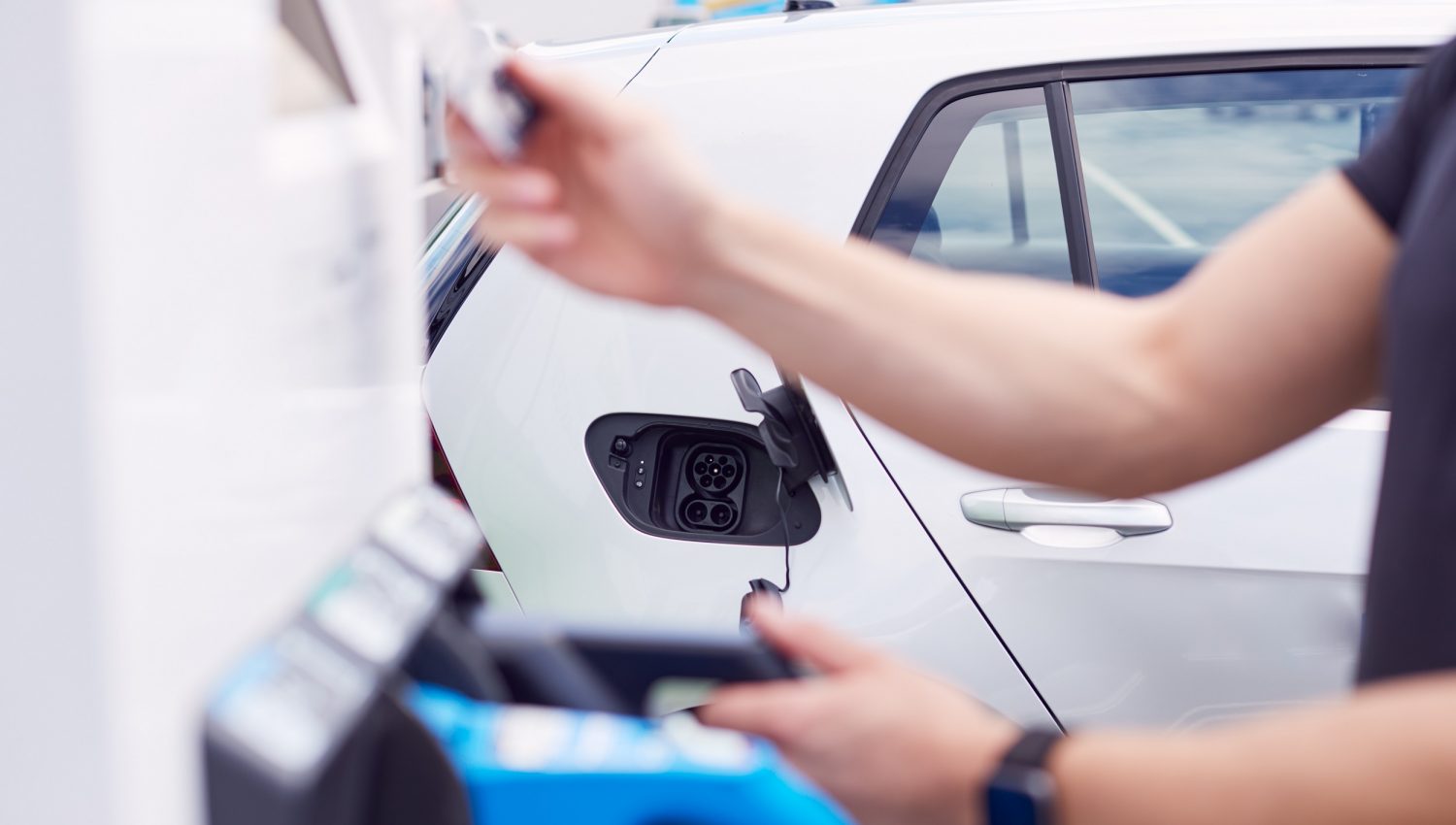 On the eastern side of Dundee’s V&A museum on a promenade that flanks the river Tay, two women with young children in buggies roll over a row of electric vehicle chargers, barely noticing their existence and stopping only to navigate other pedestrians.

Unlike other bulkier on-street chargers, which can draw complaints for clogging up pavements, these “pop up” devices only appear when activated using an app.

“A lot of people walk past [and] they don’t realise they are there,” said Fraser Crichton, corporate fleet manager at Dundee city council, which is involved in a £3.8 million (€4.45 million) project to test 26 pop-up chargers throughout Scotland’s fourth-largest city. A further 28 will be installed in Plymouth on England’s southwest coast by the end of next month.

Whether the United Kingdom will have sufficient charging facilities to meet the government’s 2030 ban on new petrol and diesel cars and vans has recently become a subject of deep concern among MPs and policymakers.

Rachel Maclean, UK transport minister, last week confirmed the government would legislate this year to ensure that all new homes are built with a charging point but EV experts say the bigger hurdle will be providing sufficient facilities for the estimated 8 million-plus households that do not have access to a driveway in which to install their own device.

More than 10 times the current number of public devices, estimated at more than 25,000, would be needed by the end of the decade, warned the UK’s Competition and Markets Authority (CMA) in July.

Damning report
British MPs also said in a damning report in May that they were “not convinced” ministers had “sufficiently thought through” how to expand charging infrastructure “at the pace required”.

Dundee city council has been investigating how to tackle vehicle emissions for 10 years. In 2019, Scotland agreed a 2045 net zero emissions target, five years ahead of the wider UK deadline.

The city of 150,000, whose topography Mr Crichton describes as “like a bowl”, so smog “sits and can’t escape”, is home to several of Scotland’s streets with the worst levels of nitrogen dioxide, a harmful pollutant linked to cars.

However, with projects such as the pop-up EV chargers, Dundee has become something of a laboratory to learn how cities can meet the 2030 ban.

The council said it had installed sufficient public facilities to charge 4,334 vehicles, enough for 7 per cent of all of the cars and vans on its streets to be electric. The same percentage for the rest of the UK falls to just 1.9 per cent, according to the council’s estimates, based on government data.

But Mr Crichton said it was tricky for local authorities to understand how much costly infrastructure would be needed and in which locations, particularly as the technology was changing so rapidly. “You could quite easily have far too much,” he added.

Local authority budgets have also been stretched during the pandemic. The UK government meets 75 per cent of the costs of installing on-street chargers. In Scotland, the Holyrood administration meets the remainder but south of the border, local authorities have to find it out of their own budgets.

EV charging provision is not a statutory duty for local authorities and councils’ enthusiasm and skills for the task can vary wildly, according to Gary McRae, head of electric mobility at Urban Foresight, a consultancy involved in the pop-up chargers project.

Private companies have engaged in an early battle for market share. Last week, Royal Dutch Shell offered to install 50,000 on-street chargers in the UK by 2025, a third of the total that the government’s official climate advisers have estimated will be needed by that date.

The oil major has offered to assist local authorities in England with their share of installation costs to accelerate the rollout. The move was seen by analysts as part of a “land grab” by energy and utilities for prime charging locations, which tend to be in large cities and wealthier urban locations, leaving charging “deserts” in other areas.

Even though it was “really hard to make money at the moment” from charging networks, said Mr McRae, companies were “positioning themselves” to control prime locations.

“In 10 years’ time when the numbers [of electric vehicles] go up that’s worth a lot of money and they are in control [of the assets].”

Even so, private networks should not be given free rein, said Greg Archer, UK director of Transport and Environment, a campaign group.

“The local authority needs to be involved in the planning of the local network that they are creating, and developing partnerships with the companies,” he said, highlighting the complexities of expanding charging, which also involves negotiating with electricity grid owners.

Challenges
“We have a very uneven distribution of charge points because we have some local authorities that have devoted staff resources to developing charging facilities in their areas and we have some that have done absolutely nothing,” added Mr Archer.

David Bunch, UK chairman of Royal Dutch Shell, said there would be an “awful lot to be gained” in helping communities meet the challenges, so “not every local council is going to have to go through that same learning curve every time”.

Transport and Environment believes charging provision should be included in council’s statutory duties, and funding for specialist “charging officers” should be part of future settlements between central government and local authorities.

Councils should “bundle” packages of charging locations to ensure that private networks do not pick off prime areas and leave rural and underprivileged communities unserved, according to the group.

The CMA found in its July report that, of 5,700 on-street charge points in place in the UK, only 1,000 were outside London. Drivers’ costs and the way in which charging is paid for, often requiring different apps or cards, varies wildly between networks. Experts fear this could become a barrier to further take-up of electric vehicles.

The CMA warned that “local monopolies” of charging networks could also develop “if left unchecked”.

But Mr Archer believes fears about the number of public chargers needed are overblown. Transport and Environment research suggests half of drivers use their car so little, they typically would only need to fully charge their vehicle twice a month.

“This is not as difficult as it seems,” Mr Archer said. “People often imagine that what we need is rows of chargers along every street in which cars are parked. The reality is EVs don’t need charging that often. We don’t need a charge point outside everybody’s home.” 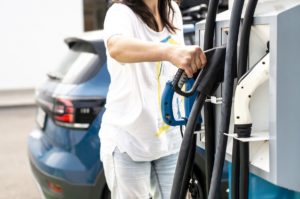 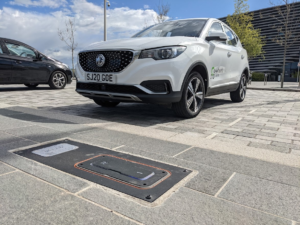 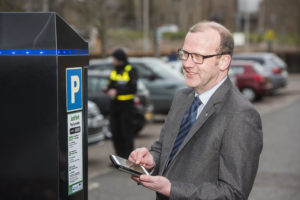 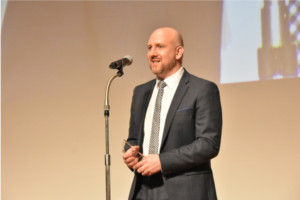 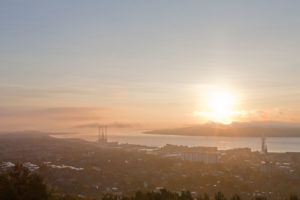 The MILL Meet The Buyer Event

Scroll to Top
We use cookies on our website to give you the most relevant experience by remembering your preferences and repeat visits. By clicking “Accept All”, you consent to the use of ALL the cookies. You may visit "Cookie Settings" to provide a controlled consent.
Cookie SettingsAccept
Manage consent

Urban Foresight Limited is registered with the ICO as an organisation that processes personal data. This privacy notice is in line with the Data Protection Act 2018.

We will only use this data to improve the user experience and the usefulness of visitors to the website.

Data will be processed on the basis of legitimate interest to provide the services of the website effectively.

Urban Foresight will treat all data with confidentiality and use it only for the purpose of running and improving The MILL website.

Google Analytics will be used on the website. Google processes data transfers internationally. Google is committed to Standard Contractual Clauses in accordance with GPDR regarding the international transfer of data.

Visitors to The MILL website will have all their rights afforded to them under data protection law. This includes the right to know what data is held on them and how it will be used, as well as the right to correct their data if it is found to be incorrect and have their data deleted.

If you would like to review or query your data or it’s use, you can contact Urban Foresight’s Data Protection Officer at hello@urbanforesight.org. The DPO can also be contacted to remove any data held.


Necessary Always Enabled
Necessary cookies are absolutely essential for the website to function properly. These cookies ensure basic functionalities and security features of the website, anonymously.
Functional
Functional cookies help to perform certain functionalities like sharing the content of the website on social media platforms, collect feedbacks, and other third-party features.
Performance
Performance cookies are used to understand and analyze the key performance indexes of the website which helps in delivering a better user experience for the visitors.
Analytics
Analytical cookies are used to understand how visitors interact with the website. These cookies help provide information on metrics the number of visitors, bounce rate, traffic source, etc.
Advertisement
Advertisement cookies are used to provide visitors with relevant ads and marketing campaigns. These cookies track visitors across websites and collect information to provide customized ads.
Others
Other uncategorized cookies are those that are being analyzed and have not been classified into a category as yet.
Save & Accept
Powered by